Skinny Molly was founded in 2004 by guitarist/vocalist Mike Estes (formerly of Lynyrd Skynyrd and Blackfoot), Dave Hlubek (founding member of Molly Hatchet) and Nashville, TN studio drummer Kurt Pietro. Originally put together to do a one-off tour of Europe in 2004, Skinny Molly has, thirteen years later, become one of the hardest working and popular rock bands to come out of the southern United S

Delighted to host a Contra Pop Festival primer ahead of its return to Ramsgate Beach on the 20th+21st of August, featuring Syrian composer, musician and producer, Rizan Said, and a DJ set from multifaceted Turkish artist, Anadol.
Contra Pop Festival info and tickets

Lautier will be playing their first show since the release of their new single Didn't I, supported by brilliant singer-songwriter Cordelia.
About this event

music scene.
About this event DJ Argue presents Glitched is a popular event that represents the
... sound of London’s underground music scene featuring artist´s and DJs that are currently gathering a lot

STAR.ONE, OH ANNIE OH & CO!
About this event Reprezent Radio´s very own Family Business show is coming to you from the airwaves to the club. The first IRL party will take place on Thursday 18 August, with hosts Star.One & Oh Annie Oh playing a headline b2b set along with three of the most exciting DJs in London playing the best in Hip Hop, Bashment, R&B, Amapiano, UKG and UK Funky. Come join t

Fugees or keep it right now with Drake, Kendrick Lamar or Kanye, this is your chance to live out your rap 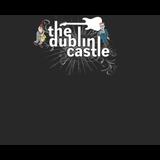 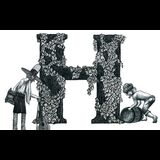 NEW ROOTS PRESENTS OUR MAN IN THE FIELD

NEW ROOTS PRESENTS OUR MAN IN THE FIELD LONDON: The Harrison Thursday 18th August, 2022 Door time: 7:00pm, Start time: 8:00pm All ages (under 18s must be accompanied by an adult) Ticket info

and Latin heritage to become one of the mainstays in London’s vibrant live music scene. Over the last
... great worlds of music. Fusing blistering contemporary Congolese grooves with the fire of Cuban music... as the niece of rumba giant Franco, Juanita Euka boasts a unique music palette, fusing her African