Late Late Shows return to Ronnie Scott’s Wednesdays will be led by a host of leading jazz players who will present their own bands followed by a jam for invited guests. Doors open at 11.15pm and bands will be on from 11.30pm onwards. Most tickets for the Late Late Show will be available at the door if advance tickets have sold out.
Line-up: RACHAEL COHEN alto sax; LEWIS WRIGHT vibes; JOE 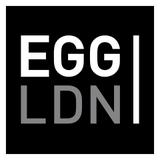 FLOOR
Join all night long party at one of London’s biggest and best nightspots! See you on the dance
... Final Cut is back at Egg London. Every Wednesday we will be bringing you the best in house, R&B and

known as Chinawhite has been refurbished and given a facelift! Still one of Londons highest-ranked clubs
... aimed at London’s elite, Libertine is one of London´s most iconic and well-established venues. Its... interior decor can only be described as extravagant and chic. The music is played by London’s best Dj

Wednesdays at Cirque le Soir have taken the midweek party scene to a whole new extreme! If you

from 5.30pm | Live Music 9.15pm "HOUSE OF LEGENDS" - COURTNEY PINE - LIVE 2022 The Independent
... across the UK, US and Canada and mainstage performances at Bestival, Love Supreme and The London Jazz... ’s greatest Whisky Bar, and the best live music in the capital. "London´s number one jazz venue" Tatler"Best