David O'Doherty - whoa is me 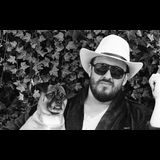 ... + (under 14s must be accompanied by an adult and must be seated in the balcony)
Where: O2 Shepherd´s

Shepherd´s Bush Empire When: Sunday 26 February 2023 - 6.30pm
Support:  Michael Monroe, Phil Campbell
... , Wrong Side Of Paradise , and a UK tour in celebration of their 10th anniversary year.
Where: O2