and Ellie are going OUT-OUT! Join them for an evening of comedy, songs, filth and laughs.
Everyone
... glad they don’t have kids. So bring your mates and make it a big night out!
**SOLD-OUT SHOW... (or anyone) wondering where to spend that rare child-free night out, then plump for this... Highly... > Click here to find out more about Pick & Mix Packages.
In line with government guidelines, we have

In her first 25 years alone, singer/songwriter/multi-instrumentalist Sierra Hull hit more milestones than many musicians accomplish in a lifetime.
After making her Grand Ole Opry debut at the age of 10, the Tennessee-bred virtuoso mandolinist played Carnegie Hall at age 12, then landed a deal with Rounder Records just a year later. Now 28-years-old, Hull is set to deliver her fourth full-lengt

From The Jam are led by Bruce Foxton (Original bass player and songwriter with The Jam) and Russell Hastings who will be celebrating the 40th anniversary of The Jam´s final 1982 farewell tour 'Beat Surrender'. The final single by The Jam, Beat Surrender was released in November 1982 and went straight into the UK charts at #1.
Very special guests on the tour are Punk Rock legends Buzzcocks who

the rip-roaring sold-out success of the past 12 years, we once again present this exclusive run of
... dates this December with entertainment provided by the Ronnie Scott’s All-Stars.
LINE-UP: JAMES... person*
*discretionary service charge not included
** p100 for Fridays and Saturdays
MORE


Line-up: JAMES TAYLOR Hammond & vocals; MARK COX guitar; ANDREW MCKINNEY bass; PAT ILLINGWORTH drums + YVONNE YANNEY vocals and the NICK SMART HORNS  For a over 30 years, the James Taylor Quartet have set the standard for the coolest sounds in funky acid jazz. On dozens of mighty albums and at their legendary gigs at home and around the world, they’ve quietly become a byword for distinguished 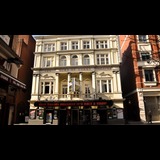 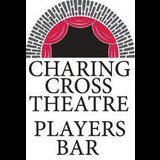 From Here To Eternity - The Musical

Related searches to Going out in London, friday 9 december 2022: